I was asked to talk about my job as a Juvenile Detention Officer, although I can not give out any personal details, I can share my journey of how I got here.

Ever since I was a little girl, I knew I wanted to go to college. I was always back and forth with wanting to be a secretary or a teacher. In high school I really started focusing on the idea that I would become a teacher I just didn’t know what subject or grade I wanted to teach. Fast forward to graduation, I decided at that time that Community College was going to be my choice for my first two years. There I would graduate with an Associates degree in Liberal Arts (General Education), because with everything…I could not decide.

While I was working at Wal-Mart I was offered a job back at the high school I graduated from and at that time I highly considered it since I was lost as to what I would major in at the University. I took a position as a English as a Second Language teacher’s assistant. This new adventure was amazing. I mean I was only 19 at that time and the Principal along with some of the teachers that did not know me tried to send me to the office several times for hall passes. I looked like I still belonged there as a student. It was so gratifying and fulfilling, teaching students and seeing their smiles. I found out at the end of the school year that the school had lost its funding and they would lose me in the process.

I took another year of college at Northern Illinois University and had my heart set on majoring in English with a minor in teaching. After I had completed that year, I wasn’t sure if I still wanted to do it. I ended up taking 3 and a half years off of college and after my divorce…I decided to go back to college. I was in Colorado State at that time and I enrolled as a senior at CSU-Pueblo, majoring in Sociology with an emphasis in Criminal Justice and minor in Spanish. I had completely changed my major. I decided on Criminal Justice because I had dreamed of becoming a police officer. I had 6 years experience in Loss Prevention (Retail Security) and had worked closely with police officers. I was determined.

I met Chris (my husband) literally the last week of classes on my way to graduate. THAT WAS A CURVE BALL I WAS NOT EXPECTING.

I did graduate with my Sociology degree and on top of that I decided last minute to double major in Spanish, because why not??

Chris and I got married and as some of you may know, he was in the Active Duty Army…so we PCS’d (moved locations) the following year. I put my career goals on hold at this time since we were overseas. I would have to wait until we returned back to the states. Fast forward 3 years and two small sons later, we got stationed in Washington and let me tell you, daycare is SO EXPENSIVE!

I was a stay at home mother for around 7 years making sure that my boys were in grade school before attempting to get a full time job so a couple of months before my youngest started kindergarten I was on my way back to the workforce. I thought I would start a part time job but instead I went full time and boy was I in for a lot of change. At this time I became a Loss Prevention Officer and enjoyed it for a while until I got fed up with my schedule and most of all…the pay was so low, most of it was going to after school care for my boys. It just did not add up. I knew I needed to go for a job with better pay. So I was on the hunt.

I signed up for a state job email alert the prior year and I would eventually apply as an Evidence Officer but 89 people showed up for that job. Let’s just say my odds were slim. I scored high on my test but with little experience, I did not get an offer.

In 2016 I decided to apply for my current job and I did it on a whim. I saw the posting on an email alert and realized that the closing date for the application was the very next day. If you have never applied for a county job, just know that the background itself is 22 pages long. At least for my position. I started my application at 1130 pm the night before it was due and I didn’t even mention it to my husband. Odds were that I wouldn’t get it.

I didn’t hear anything  back for a month and I was discouraged until one day I was invited to test!!! I was so excited but knew there were so many that probably would show up and I was right.

I made it through to the next phase of interviews, the medical exams, background and polygraph. I wasn’t over confident and I stayed humble until the very last interview.

The best feeling in the world is knowing that you are securing a job when you really NEED it the most. After all, that same year, my husband was on his way out of active duty. A true blessing.

I was the only one hired out of 36 applicants. After all, only one position was available. I prayed about it over and over and kept doubting myself. I didn’t know if I was making the right decision as this would also mean that I would now be away from my children on most nights.

–I chose this job because I knew I wanted to teach but also stay within the criminal field as that is what my degree is in. I do get the opportunity to speak to teens, mentor them and see their growth over the time they are here. It has its up and downs and I can focus on all of my feelings about this career on my next post!

What is a Juvenile Detention Officer? 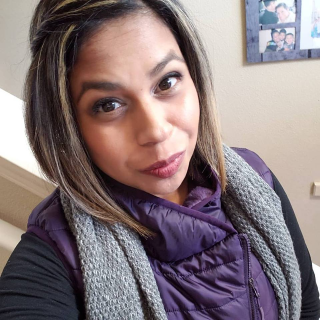